With still being very busy, we were still able to make it just in time for the opening ceremonies for the 2 day event. Las Vegas Mayor Oscar Goodman was on hand to present the city's proclamation for this new charity event that benefits Children's Miracle Network.

It's free to the public, including entertainment provided by Paul and some of the Knight Rider cast members. On Saturday, over 50 Kitt replica owners are scheduled to have their cars on display. There will also be autographs and merchandise available.

In addition to the original and new series Kitt cars, the stars were also on hand. Producer Glen Larson, Catherine Hickland, and Rebecca Holden from the first, and Justin Bruening and Deanna Russo from the new NBC show, just to name a few. Also on the red carpet, the creator of the original Kitt, the King of Kustoms George Barris. George has designed many of the TV and Movie cars over the years, including the Batmobile, the General Lee, Beverly Hillbillies, The Munsters, and many, many more.

Here's a few pictures of the stars and cars from tonight's opening. Click on any picture for a larger image, or check them all out in My Picasa Web Album. 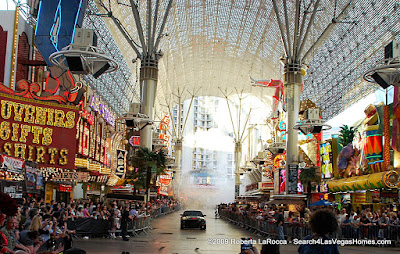 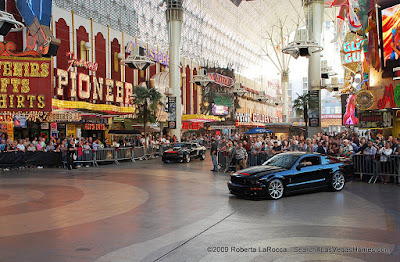 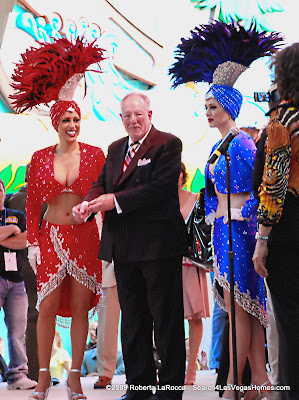 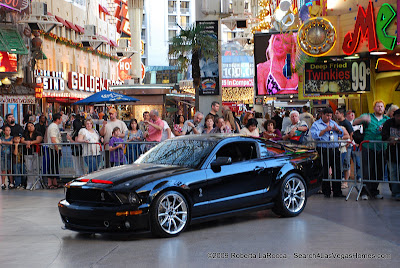 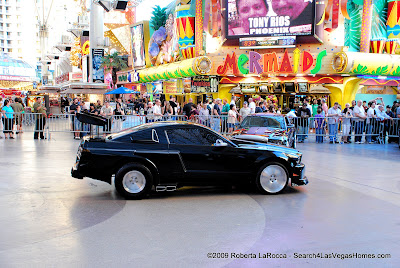 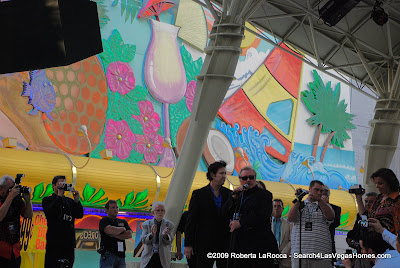 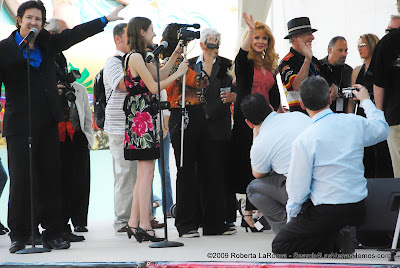 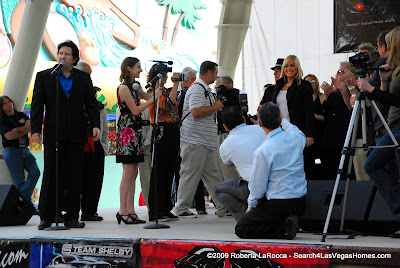 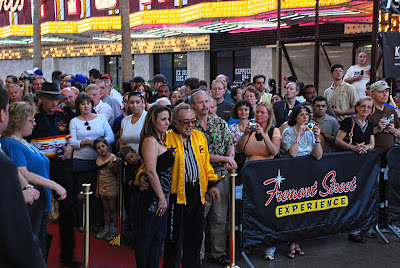 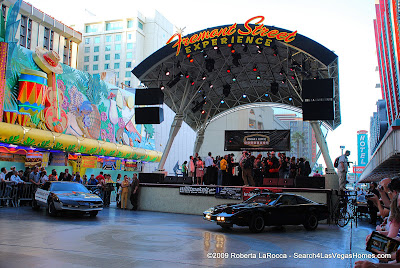 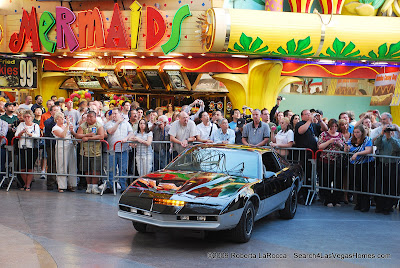 Original Kitt in front of Mermaids on Fremont Street 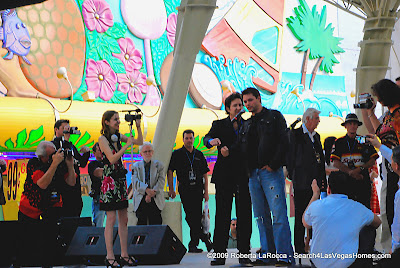 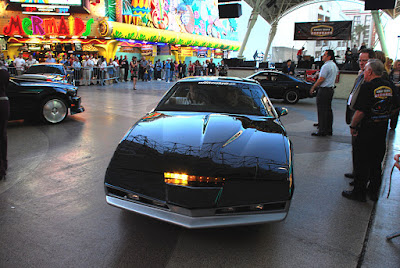 As the Carl 'Safe-Sax' Ferris' song goes, "Yes, there's always something going on, on Fremont Street". This Knight Rider Festival is a new addition to the entertainment lineup, and adds to the energy of downtown Las Vegas. 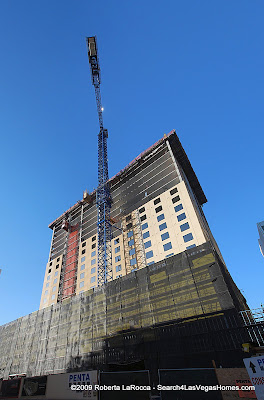 The Golden Nugget expansion continues, with work well underway on the new hotel tower. I've posted about the Cleveland Clinic joining the Lou Ruvo Brain Institute in nearby Union Park. Then the Southern Nevada Center for the Arts opening in Neonopolis, or the months long USBC Championships opened by Terry Fator at Cashman Center. These are just a few of the developments and interests in just downtown Las Vegas.

So yes, there's a lot happening and much more than just gambling in Las Vegas. The events, entertainment, and new projects all add an excitement to the city, and why Las Vegas is such a great place to call home.

Another one I missed! I have to quit working so much! Cool pics Roberta. Awesome cars, pics of the stars, and gotta love Oscar and the showgirls!

Posted by Bob about 11 years ago

Bob: You're just going to have to try harder to keep up! :) The cars and stars were cool, and Oscar arrived in the 'Pursuit Mode' with his showgirls waiting.

Hi Roberta... WHERE'S THE HOFF???  How could anyone do a Knight Rider event without him? :)

Posted by Steve Shatsky about 11 years ago

Steve, well "The Hoff' was apparently presumed to be coming by the organizer, Paul Casey. He had a video of him asking the Hoff to appear, and he said he just need to know the where and when details. It was even on DavidHasselHoffonline with pics of Oscar sanctioning the event and the aid to Children's Miracle Network. Then rather last minute his publicist said he was in NYC taping America's Got Talent, and claimed The Hoff only said he "he would make it if he could." Maybe he was in his hotel room and wasn't finished with his burger? :)