I've posted about the benefits of living in Las Vegas. With all the recreation and entertainment right in your back yard, it makes it easy to slip away for a quick vacation. Even with being rather busy I was able to take a quick break with some out-of-town guests. 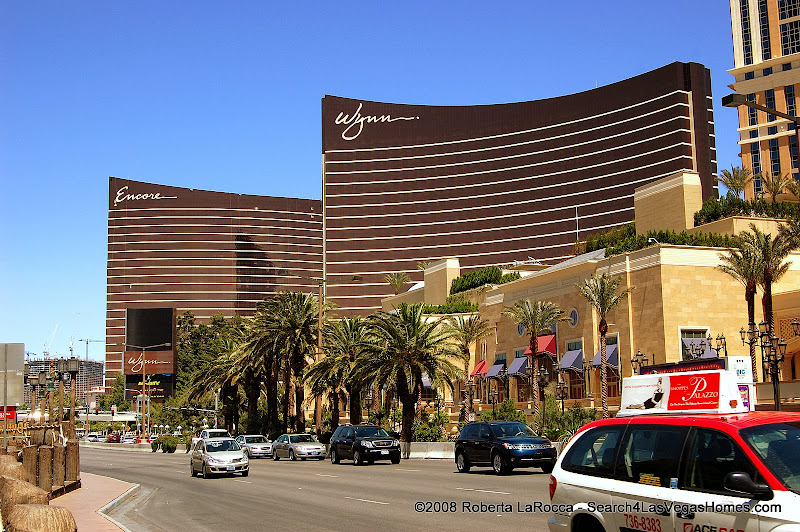 This trip was to Wynn, and it's adjoining sister property that opened this past December, Encore Las Vegas. While I've always enjoyed Steve Wynn's first hotel that opened in 2005, I'll have to say he outdid himself with this one. The vivid reds throughout, the butterflies, natural light, decor and draperies, and lavish plants and trees inside and out, give Encore an extravagant and intimate feel. Here's the main aisle through the middle of the casino floor, and you'll find other pictures of Encore in my Picasa Web Albums in the Las Vegas, NV folder. 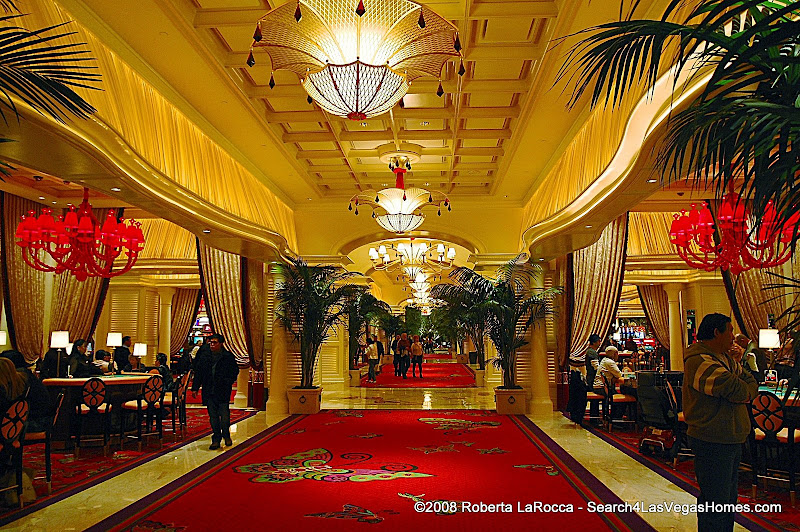 Le Reve is located in the Wynn Theater, just off the Esplanade that connects to Encore. The show was created by Franco Dragone who was responsible for Celine Dion's "A New Day" when it was at Caesars Palace, and when with Cirque du Soleil he was the producer for two of their Las Vegas productions, Mystere at Treasure Island and "O" at Bellagio. There have been rumors that Celine may be returning to Caesars in June 2010, and she's been quoted as saying she misses her Las Vegas lifestyle, but nothing definite or if Dragone will be involved for a return performance.

I'd have to admit that when Le Reve, "The Dream" in French, first opened, it was rather 'dark'. The show was tweaked and improved quite a bit and eventually Steve Wynn bought the show. Shortly after he did, he revamped the entire theater, added new lighting and effects, and some more touches to the show. While based on water and with plenty of acrobatics, more dance was added to the mix.

The makeover of the theater included VIP seating with plush chairs with personal video screens, and champagne and chocolate covered strawberries are served. The theater in the round makes for easy viewing most anywhere, and the performers at times will be in the aisles of the 3 entrances to the water stage below.

It's an outstanding performance by the cast and musicians, and the new special effects work very well with the adapted storyline. While they will allow photography pre and post show, it's forbidden during the performance for the safety of the actors. So here's a few shots that give you an idea of how the theater itself morphs from beginning to end.

All pictures can be clicked for an enlarged version, and are downloadable at Picasa under a Creative Commons License. 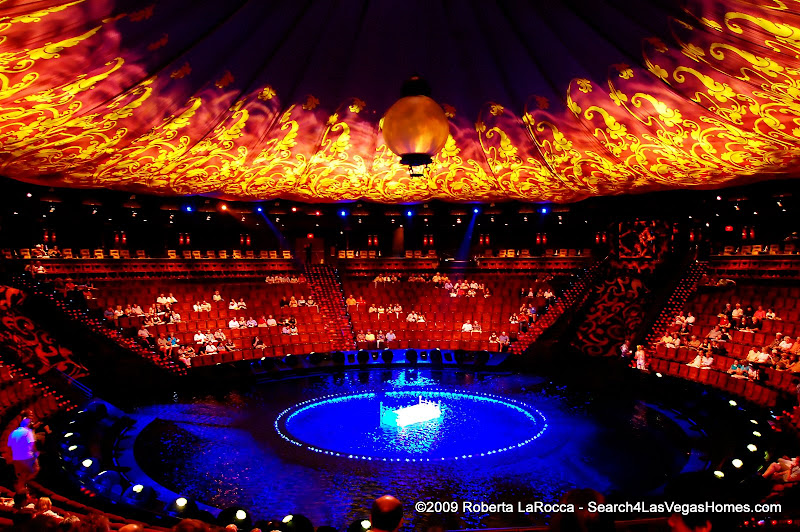 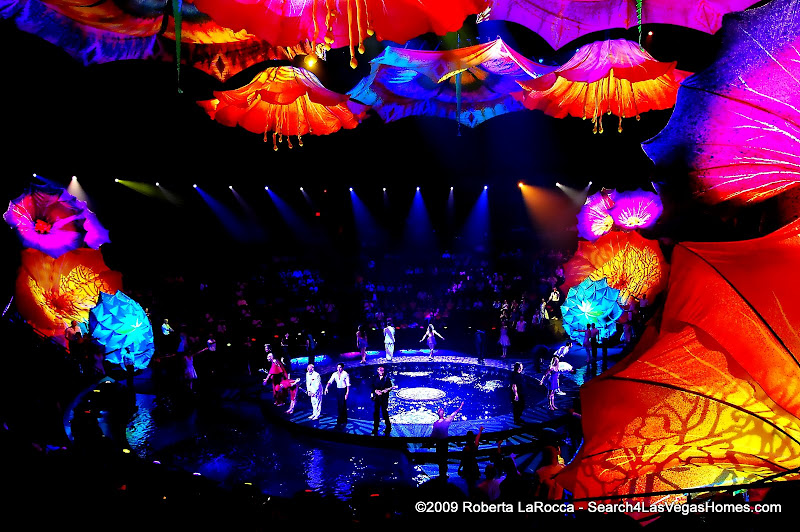 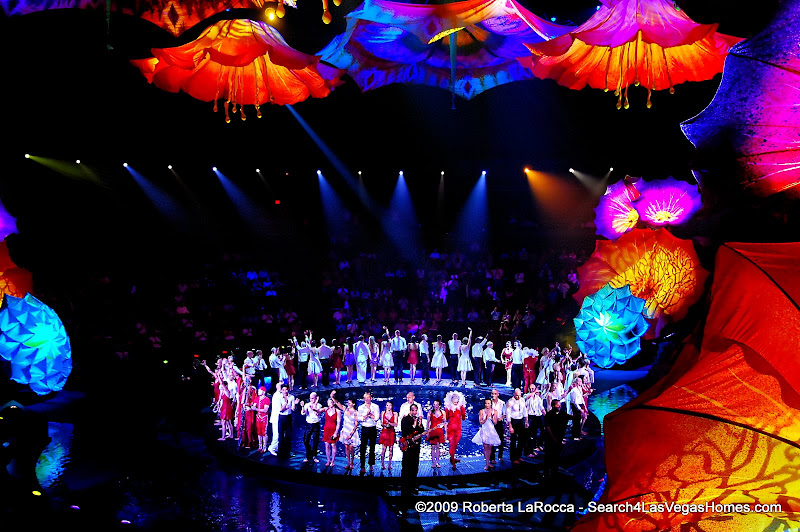 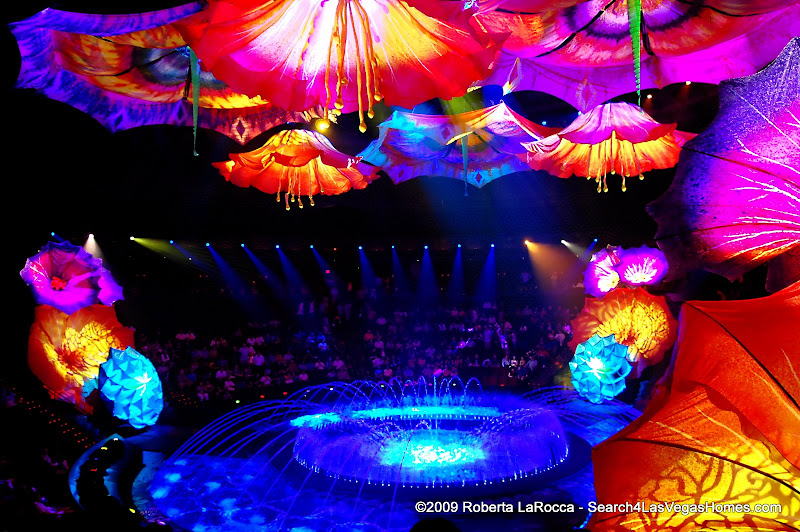 For a little more in depth look at the performance, here's a 2 ½ minute teaser video with some scenes from Le Reve. It gives you a little idea of how spectacular it is.

So yes, living in Las Vegas has it's advantages, and world class entertainment is just part of the equation that makes Las Vegas such a great place to call home.

If you are interested in relocating to the Las Vegas area or would like more information or have questions about Las Vegas real estate, please email me, Roberta LaRocca, at roberta@search4lasvegashomes.com, or call 702-354-8988. I look forward to hearing from you!